Watch This Lesson Together

12 Then King David was told, “The Lord has blessed Obed-edom’s household and everything he has because of the Ark of God.” So David went there and brought the Ark of God from the house of Obed-edom to the City of David with a great celebration. 13 After the men who were carrying the Ark of the Lord had gone six steps, David sacrificed a bull and a fattened calf. 14 And David danced before the Lord with all his might, wearing a priestly garment. 15 So David and all the people of Israel brought up the Ark of the Lord with shouts of joy and the blowing of rams’ horns.

16 But as the Ark of the Lord entered the City of David, Michal, the daughter of Saul, looked down from her window. When she saw King David leaping and dancing before the Lord, she was filled with contempt for him.

17 They brought the Ark of the Lord and set it in its place inside the special tent David had prepared for it. And David sacrificed burnt offerings and peace offerings to the Lord. 18 When he had finished his sacrifices, David blessed the people in the name of the Lord of Heaven’s Armies. 19 Then he gave to every Israelite man and woman in the crowd a loaf of bread, a cake of dates, and a cake of raisins. Then all the people returned to their homes.

20 When David returned home to bless his own family, Michal, the daughter of Saul, came out to meet him. She said in disgust, “How distinguished the king of Israel looked today, shamelessly exposing himself to the servant girls like any vulgar person might do!”

21 David retorted to Michal, “I was dancing before the Lord, who chose me above your father and all his family! He appointed me as the leader of Israel, the people of the Lord, so I celebrate before the Lord. 22 Yes, and I am willing to look even more foolish than this, even to be humiliated in my own eyes!

Say the point and Bible verse together

Lots of things might make me happy, but only God can give me joy.

James 5:13 NLT
Are any of you happy? You should sing praises.

Take some time as a family and memorize this verse together. This will help everyone remember that God will forgive you, if you just ask.

1. When do you feel the happiest? Answers will vary.
2. What do you think people like about feeling happy? Answers will vary.
3. What do you think is the difference between being happy and having God’s joy? Answers will vary. Ideas: Happy is about good things happening, happy only lasts a little while; joy is about how good God is, you can have joy even when bad things are happening, etc.
4. How can you have joy even when the things around you are not happy? Pray, thank God for the good things He’s done, remember Jesus forgives and God is always good, etc.

God, thank You for all the good things You’ve done for us. Please help us praise You. Fill us with Your joy! In Jesus’ name, amen. 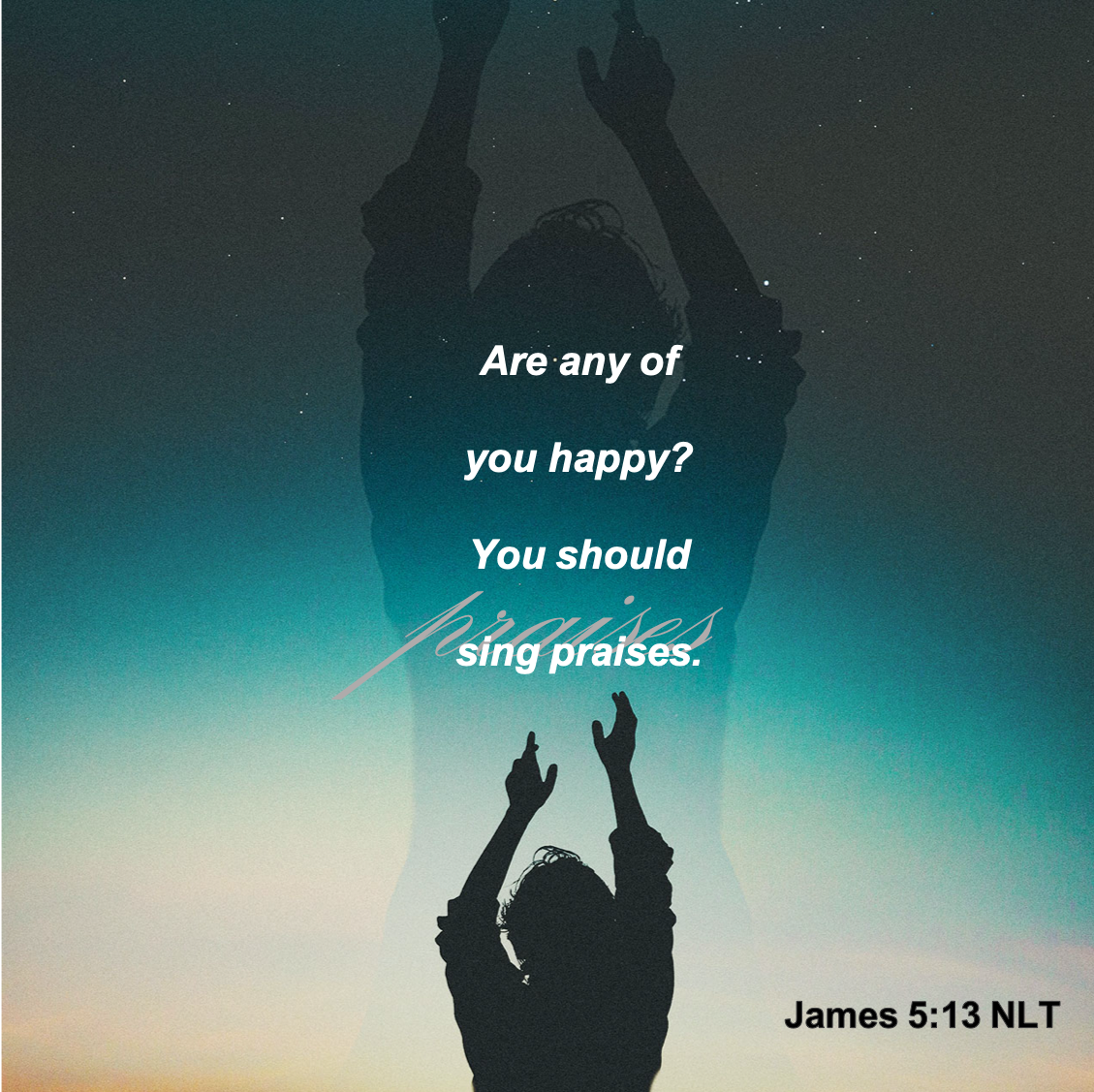