What I Speak to Myself Matters 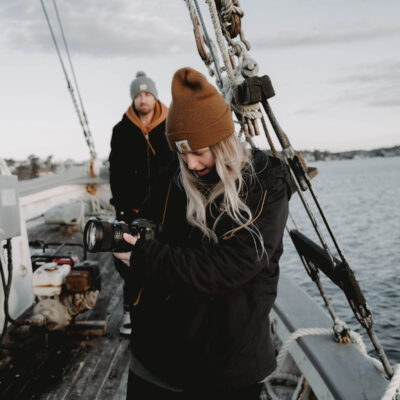 I recently just finished an internship at a church in Denver, CO and during the internship we were tasked with reading the New Testament in 60 days. Unfortunately I only made it as far as Matthew 9. Lol

BUT it was for a good reason – and I’ll explain why.

In Matthew 9, verse 15 Jesus is answering a question that John’s disciples had about fasting, and as he was teaching them, a ruler named Jairus approaches Jesus begging him to breathe life back into his daughter who had just died. As Jesus is on his way to raise Jairus’ daughter from the dead – here’s where I stopped reading – I stopped reading for a few days and just read and re-read these 2 verses over and over again.

And behold, a woman who had suffered from a discharge of blood for twelve years came up behind him and touched the fringe of his garment, for she said to herself, “If I only touch his garment, I will be made well.”
Matthew 9:20-21

This phrase, “she said to herself,” stood out to me.

She said to herself, “I will be healed.”

This is pure speculation, but after TWELVE years of suffering, and Luke 8 tells us some of the best doctors of that time, and never an answer or cure, I have a really hard time imagining that she had full, unwavering confidence that Jesus would heal her. But she SAID it. Then I wrote down this thought:

The things that I speak to myself MATTER.

She had probably watched Jesus perform miracle after miracle, watched lives change and bodies healed, watched the seas stilled by the voice of Jesus, but still never 100% believed that a miracle would happen for HER. This sounds a lot like me. Maybe it sounds like you, too.

I find myself doing a lot of watching and listening how God is working in the lives of other people. But if I’m honest, I don’t always believe he will do a miracle for me.

Just to clarify, I believe he CAN. Because I have seen it. But I don’t always believe he WILL for ME.

If you get anything from the story of this woman in Matthew 9, let it be this: it’s ok to doubt. But, let’s take a small step of faith and just change the way we speak to ourselves.

I will be healed.
My family will be reunited.
My friend will be free from addiction.
I will find community.
That relationship will be restored.
I will be delivered from mental illness.
My cancer will disappear.
That dead dream will breathe with life again.

Jesus turned, and seeing her he said, “Take heart, daughter; your faith has made you well.” And instantly the woman was made well.
Matthew 9:22