God’s presence in the unprecedented 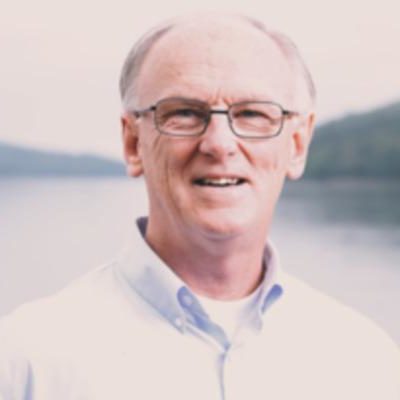 It’s December already – can you believe it?

Times may be “unprecedented,” but God is still the same and His love for His children is never changing.

“See what great love the Father has lavished on us, that we should be called children of God!”
1 John 3:1a

Now let’s consider someone who experienced and dealt with “unprecedented” circumstances. His name is Joseph and he is an important part of the Christmas story.

18 This is how Jesus the Messiah was born. His mother, Mary, was engaged to be married to Joseph. But before the marriage took place, while she was still a virgin, she became pregnant through the power of the Holy Spirit.
19 Joseph, to whom she was engaged, was a righteous man and did not want to disgrace her publicly, so he decided to break the engagement quietly.
20 As he considered this, an angel of the Lord appeared to him in a dream. “Joseph, son of David,” the angel said, “do not be afraid to take Mary as your wife. For the child within her was conceived by the Holy Spirit.
21 And she will have a son, and you are to name him Jesus, for he will save his people from their sins.”
22 All of this occurred to fulfill the Lord’s message through his prophet:
23 “Look! The virgin will conceive a child! She will give birth to a son, and they will call him Immanuel, which means ‘God is with us.’”
24 When Joseph woke up, he did as the angel of the Lord commanded and took Mary as his wife.
25 But he did not have sexual relations with her until her son was born. And Joseph named him Jesus.

You are following all the righteous protocols of the day when the girl you are engaged to marry tells you she is pregnant, and you know it’s not your child. She tells you that The Holy Spirit is responsible. It just can’t get any more “unprecedented” than that! Most men would have “dumped” her right on the spot, but not Joseph.

Let’s consider two things Joseph did during his “unprecedented” circumstances:

First, Joseph prayed.
And you know what? God showed up. “As he considered this, an angel of the Lord appeared to him in a dream.” Our first response in any kind of circumstance should be to pray.

As a “righteous” man Joseph would have known God’s Word recorded in Jeremiah 33:3,

“Ask me and I will tell you remarkable secrets you do not know about things to come.”

God sent an angel to confirm Mary’s story and give Joseph courage to be part of God’s “remarkable” plan of salvation for lost sinners.

Second, Joseph obeyed.
He took Mary to be his wife as God directed and Joseph obeyed God by naming the child “Jesus.” Imagine that! Because of Joseph’s trust in God, he received the privilege and responsibility of naming The Savior of the World – “Jesus.”

In the midst of Joseph’s “unprecedented” challenge he PRAYED and he OBEYED. What a great example for us to follow.

But we have this incredible Word from our Heavenly Father—

God calls us to PRAY and He calls us to OBEY. After all these years, it never ceases to amaze me how God has ways of showing up IN and showing us HOW to deal with the “unprecedented” and the “everyday” circumstances. We just need to PRAY and we need to OBEY.