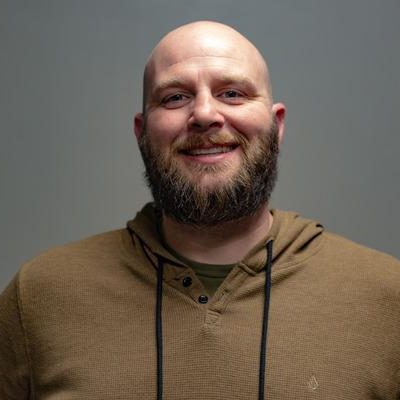 A celebration to honor America’s veterans for their patriotism, love of country, and willingness to serve and sacrifice for the common good.

There is no doubt that we enjoy the freedoms we have here because brave men and women have made sacrifices in order to protect those freedoms, many sacrificing their own lives. And for those selfless sacrifices we cannot say thank you enough, we cannot repay what they have given up. But we can honor them, and we can say thank you.

Thanking those who have made great sacrifices for important causes makes me think of many men and women that have made sacrifices and took a hard stand for something even more important than a free country. I am talking about people who took a stand for our God, who put more value in things of eternal nature than things of this temporary life.

The Bible is filled with amazing examples of those who stood firm in their faith, and lives were changed for eternity because of their faith.

We can read of a righteous man named Noah, who held to the morals that he had learned from God. In Genesis 6-9 we see how God used Noah to save mankind. Because of his faithfulness, God used him and his family to replenish the earth after the flood.

We can read of Joseph who, even though he was betrayed by his own family, remained faithful to God. Trial after trial, as we read in Genesis 37-50, Joseph remains faithful and obedient to God. Joseph told his brothers who sold him into slavery, “you meant evil against me, but God meant it for good, to bring it about that many people should be kept alive.” God used Joseph’s faithfulness to save his people from the famine and to prosper the people that God would bring salvation to the world through.

In Joshua Chapter 2, we read of a woman who was a prostitute who put her own life in danger by hiding God’s people and helping them escape Jericho. The city of Jericho was destroyed with only Rahab and her family spared. Rahab had heard that the Israelites were God’s chosen people. Her actions to save the spies and align with God’s people saved her and her family. Ultimately, Rahab married Salmon, an Israelite from the tribe of Judah. Her son was Boaz, the husband of Ruth. Joseph, the adoptive father of Jesus, is her direct descendant.

There is Ruth, an outsider from Moab who broke the social norms and chose to put her faith in God over her own people. Because of her faithfulness, God brings an honorable man into her life to be her husband. And God honors Ruth and Boaz’s integrity, diligence, and faithfulness by weaving them into the big story of salvation by not only demonstrating salvation within their story, but placing them in the lineage of Christ our Savior.

We can read of David, a shepherd boy turned king. While David was by no means perfect, he is noted as being a man after God’s own heart. David was a liar, an adulterer, and a murderer, but his repentant heart, his love for God, and his zeal to not be defined by his failures and instead live with unshakable faith and trust in the mercy and steadfastness of God marks him as one of the notable heroes of faith.

And of course, there is the ultimate selfless act of love and sacrifice made by Jesus Christ. Being God He brought himself low to the form of man and walked among us, living an example of what we should be doing. Then He gave His life over to be the once and for all sacrifice so that any who would put their faith in Him would have eternal life.

“Behold, I stand at the door and knock. If anyone hears my voice and opens the door, I will come in to him and eat with him, and he with me.”
Revelation 3:20

There have also been so many people in my life who played a major part in helping me have a personal relationship with Jesus, who led me toward following and serving a merciful God who saved me from my past and gave me an eternal future.

So let me encourage you all today and tomorrow and the next day… Be thankful for those who have gone before you. Those who have made a sacrifice for our freedoms, for those who demonstrated to all mankind what following Jesus really looks like, and for those in your own life who are leading and demonstrating what it looks like to love and serve our Savior.