More than I imagined 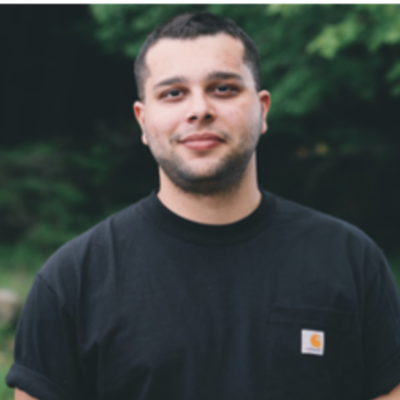 Matt Whitacre   -   August 26, 2020
It was 2015,
Lindsey and I had been married only a few short months. We were looking out the window of our apartment in downtown Chicopee wondering if anyone would show up for our very first LifeGroup meeting. We had talked about hosting a LifeGroup and it was something we were very excited to do together, we just had one little obstacle, our apartment was small…VERY small.We found out that the apartment complex we were living in actually had a community room that residents could sign out and use, so that’s exactly what we did. That first night we had snacks out, chairs set up, and were eager to meet some new people.
To say I was nervous is an  u n d e r s t a t e m e n t.

Now, there were a few people in this particular group that we had known and were good friends with for a while, but still, the thought of meeting new people and eventually being open and vulnerable with them in a LifeGroup setting is almost enough to talk yourself out of hosting a group!

That first night, there was a new couple in the group that was brand new to the church, and while we were excited for them to be a part of it, we were still nervous! What if they didn’t like us? What if they thought we didn’t know the Bible well enough? What if we have nothing in common? All these thoughts and more raced through our minds as we began our very first meeting as a new LifeGroup.

If you’re reading this and you host a LifeGroup, maybe you can relate! Remember that first group? Remember that first night when you were wondering if anyone would show up? Now just take a second to think about all God has brought you through as a group now further down the road. The times God has shown up and the stories He’s orchestrated that you’ve gotten to be a part of because you were willing to step out and host! It’s an amazing thing!
Maybe you’ve thought about hosting a group but these thoughts have been holding you back. Thoughts that you may not know enough, thoughts that no one will like you… they are all real feelings you may feel. But find some rest from those tiresome thoughts here – In chapter 3 of the book of Ephesians, Paul says this, and it’s one of my FAVORITE verses in scripture. In Ephesians 3:10 he says, “Now all glory to God, who is able, through His mighty power to accomplish INFINITELY more than we might ask or think!”

Listen, you may think that you can’t host or facilitate a group, but I promise, if you give it to God, He will do so much more than you could ever imagine! And that is what happened to us. Here we are five years later, and that brand new couple who we were so nervous to get to know are now our best friends on the planet!

Lindsey and I thank God every day for them and we’ve been able to grow together as couples, and now as little families and its all because we decided not to let our excuses hold us back from being involved in a LifeGroup!

This is an instance where God certainly did do more than we ever could have imagined!
We can’t imagine NOT having them in our lives!
We are so thankful that didn’t give in to our excuses!

We may not always see it or feel it, but do this over the rest of this week: commit Ephesians 3:10 to memory and remember in every situation, He is ABLE!

Hey, one more thing 😉
If you ARE interested in hosting a life group or being a part of one, let us know! At least let us answer some of your questions.. I PROMISE it’s not THAT scary 🙂
Take a peek at www.lifepoint.online/lifegroups for more info!